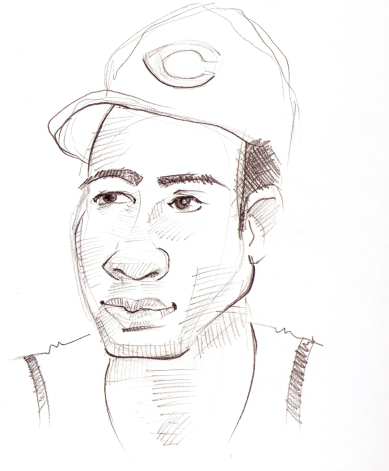 Rookie of the year in 1956, Gold Glove outfielder in 1958, MVP in 1961 (and again in 1966 with Baltimore, making him the first to win the award in both leagues.) Led the league in slugging percentage for 3 consecutive seasons. Robinson’s 324 home runs as a Red place him second on the team’s all-time list, and his career 586 home runs rank him seventh in MLB history.  His trade to the Orioles prior to the 1966 season is widely considered one of the worst in baseball history.  Robinson’s post-playing days have continued to immerse him in the game. He’s managed the Indians, Giants, Orioles, and Expos/Nationals and has spent time in broadcasting and in the commissioner’s office. In 1982, he was inducted into the National Baseball Hall of Fame.